An Encounter with a Mountain Lion in Colorado

I got up at 6 AM and went to look for critters as I try to do every few days. Usually, I just see the moose and elk regulars, but yesterday I saw them plus bighorns, coyotes, a golden eagle, and the grand finale, a mountain lion! I’ve lived here and have been hoping to see one for over 8 years now, and it finally happened due to pure luck! 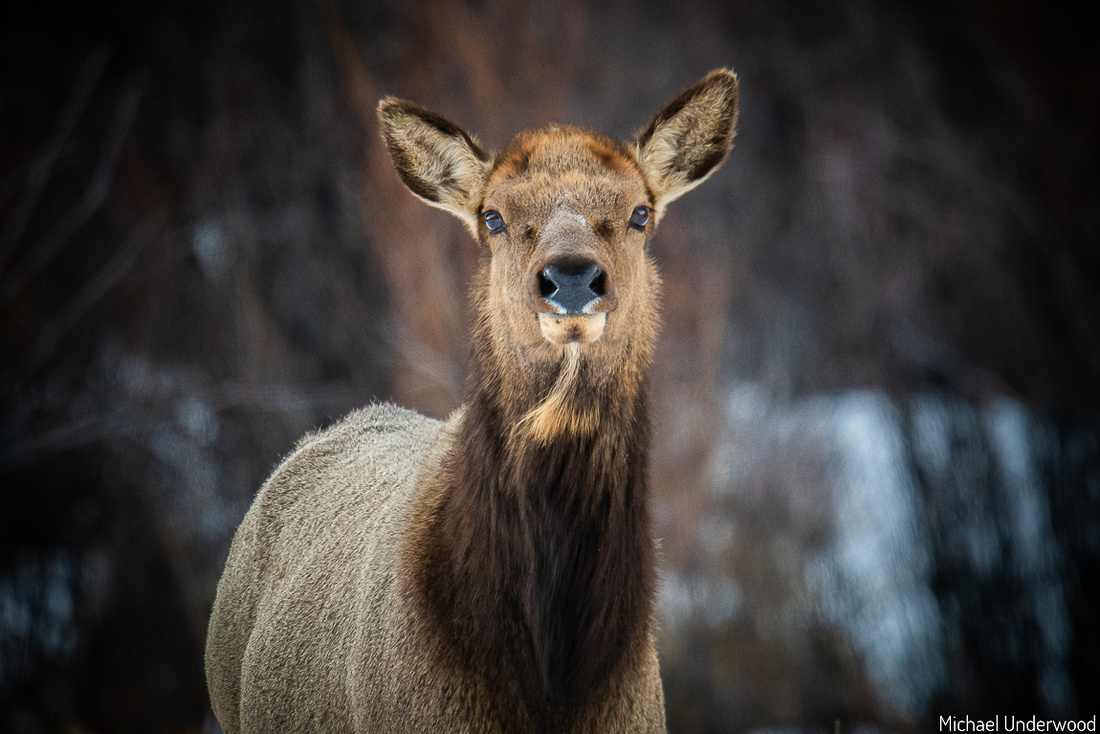 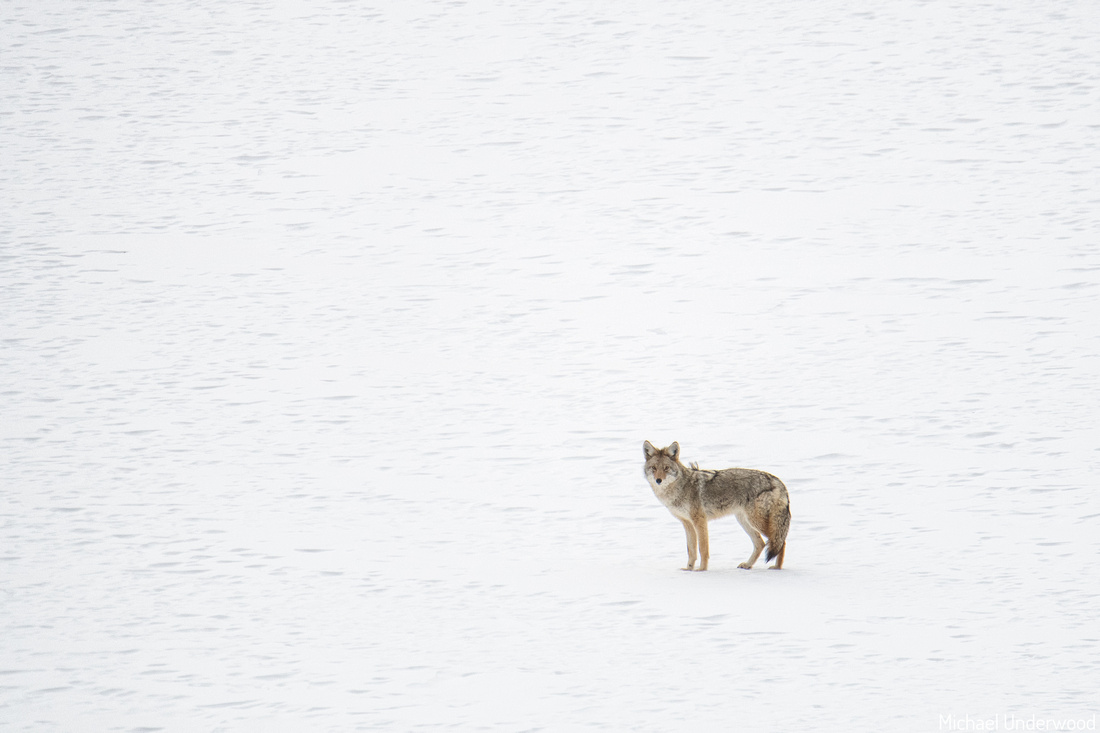 I had stopped because I saw my three coyote friends crossing the river. Once they disappeared, I turned around to get back in my car and saw a golden eagle with maybe 20 magpies/crows competing over an elk carcass about 100 ft away up the hillside. 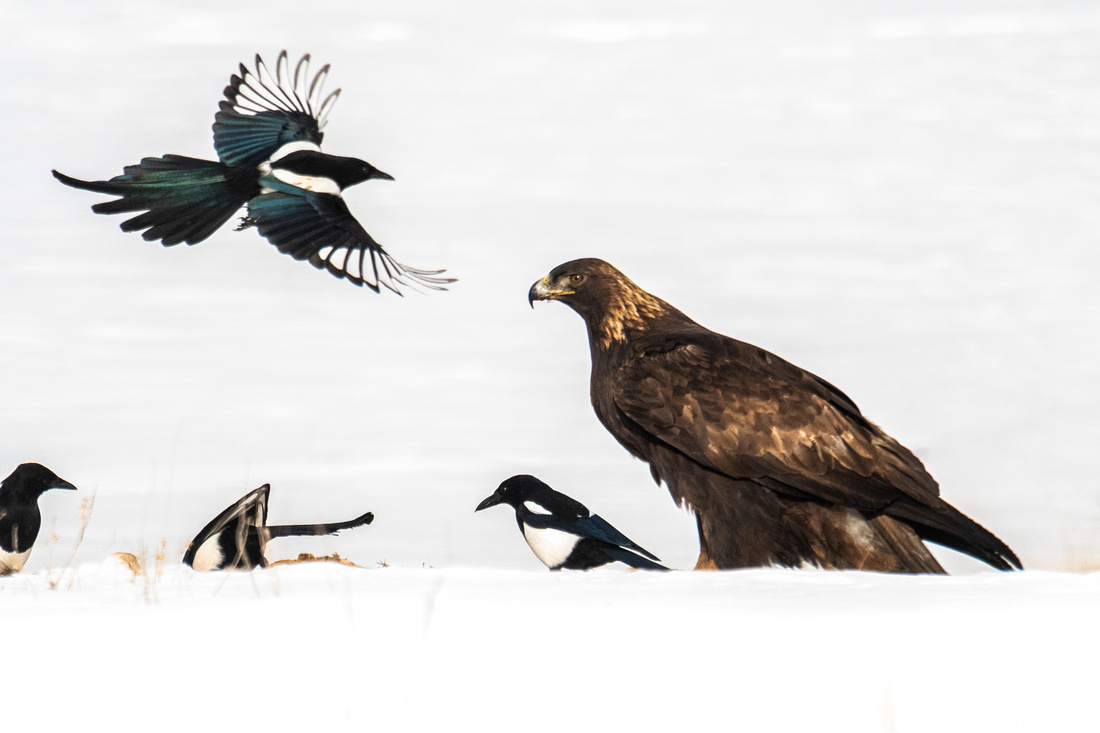 Golden Eagle and a Magpie

I watched them for maybe 45 minutes, and when the Golden Eagle took off I assumed the party was over. He circled a few times and the crows joined him in circling before following the river north.

Then the magpies all made a noise and took off in unison, and this mountain lion walked into the light out from behind the trees. The entire scene unfolded so beautifully and perfect. The lion was fixated on the carcass, and I almost think he had no idea I was there. 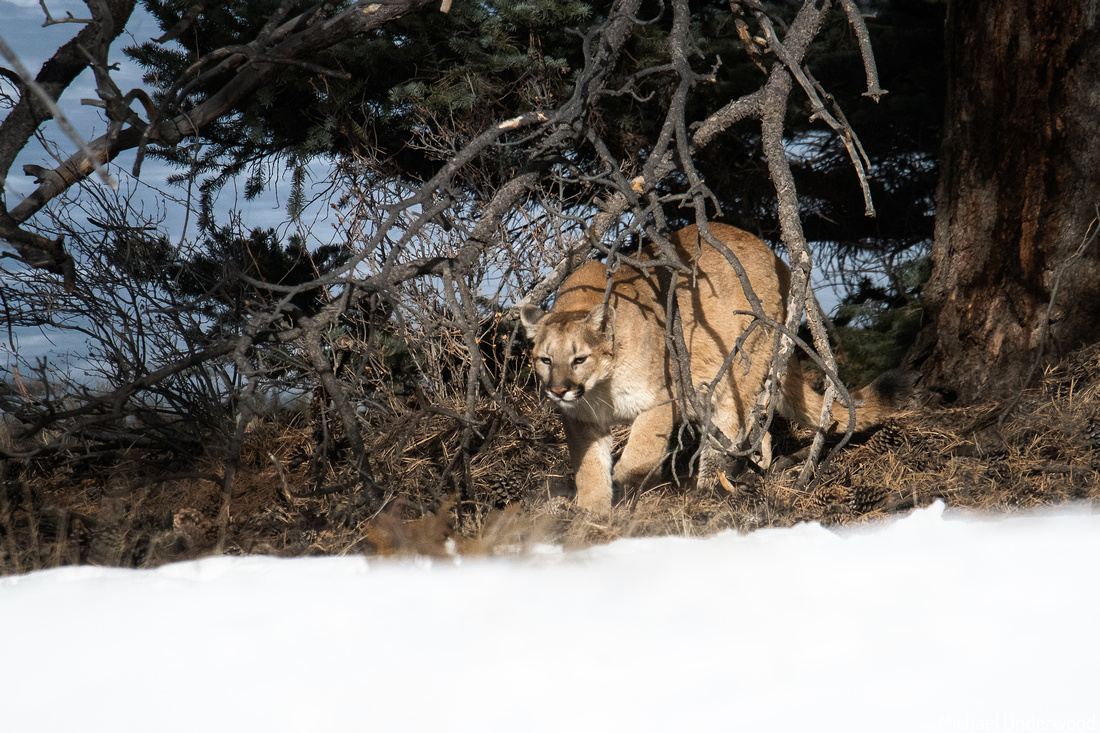 Mountain Lion Stalking through the trees

The first time mountain lion looked at me and heard the camera shutter it almost looked shocked and retreated behind a tree. Then it looked back into the trees and made several kind of whistling noises before slowly walking off in that direction. 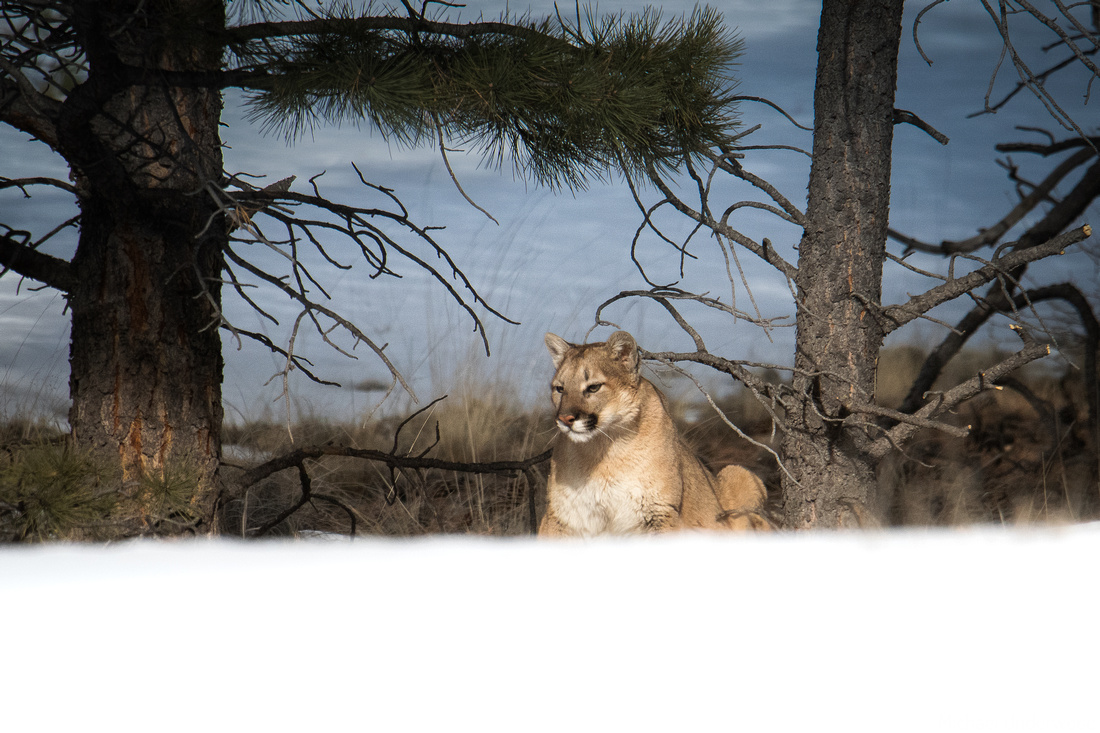 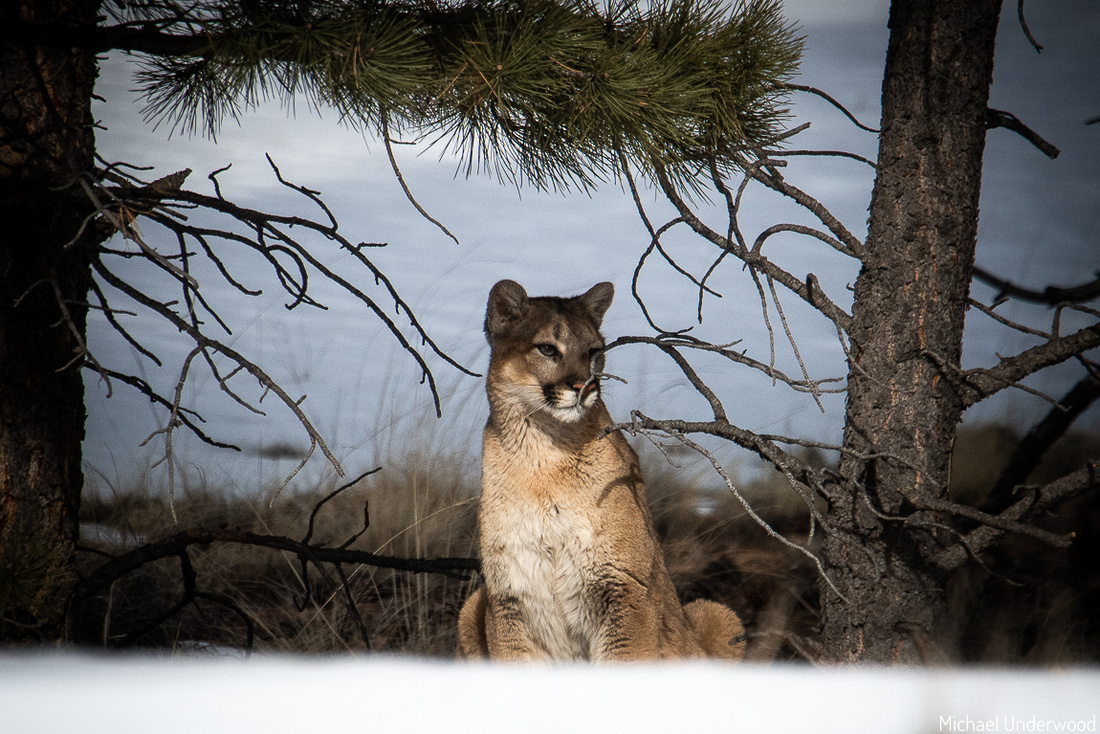 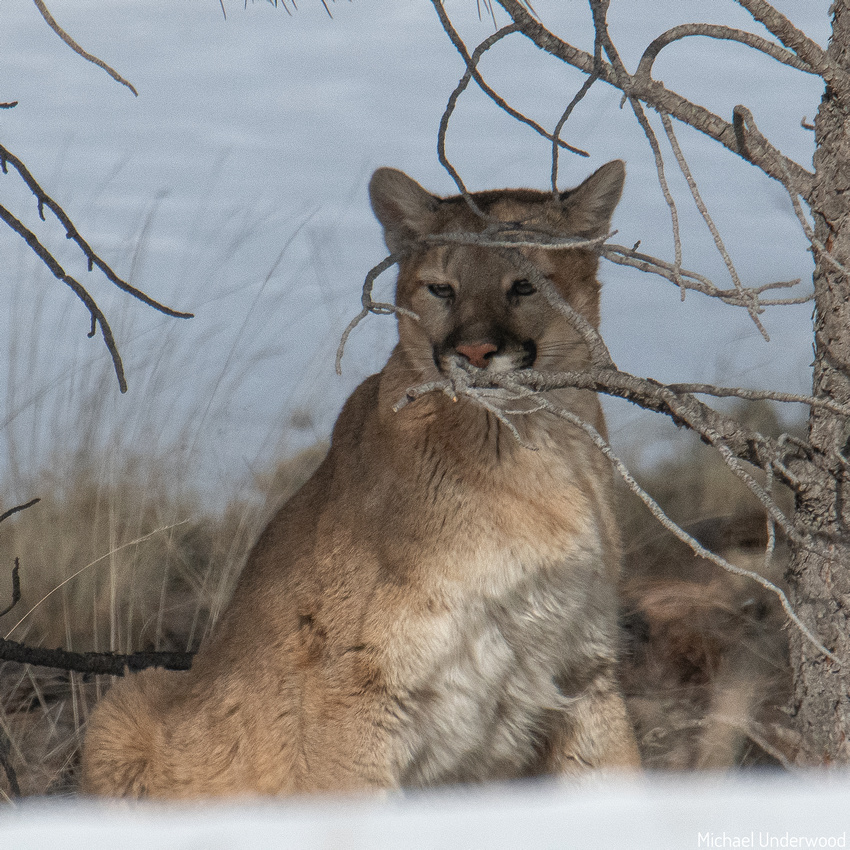 It was all over in about 3 minutes. I waited over an hour hoping it/possibly they would reappear, but the magpies and crows returned in time, and the world once again was filled with their squawks and calls. I headed home elated to have witnessed this incredible animal, but had already decided to come back a few hours later. 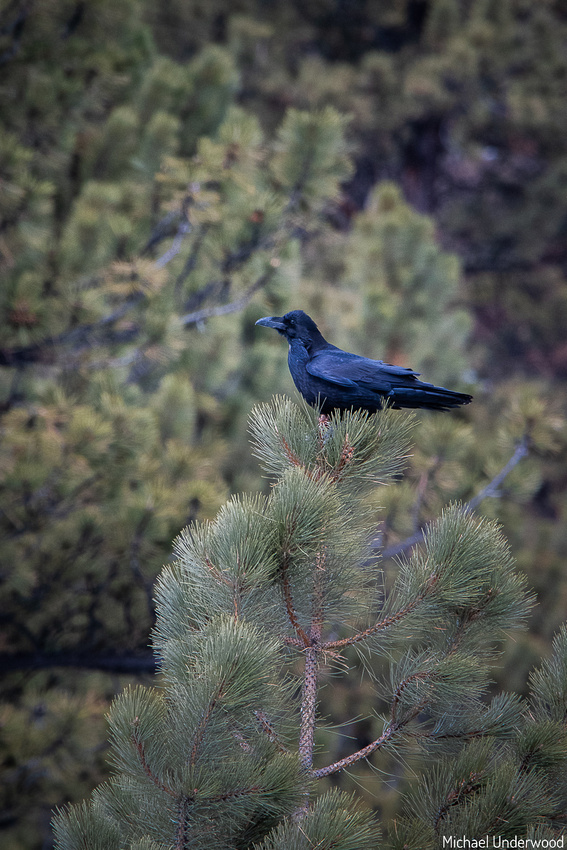 Fast forward to 4:40 PM I returned to the area. I had hoped the mountain lion would be there. It made sense for it to be there, but when I got there I didn’t see anything. That was to be expected, of course, because what are the chances you would see a mountain lion twice? Even if it should be/has been there.

I turned around so I could pull off the road, and set up my camera for the wait. I had about an hour of light left so there was plenty of time, but the second I put the camera out the window it’s face peeked out from behind a rise to look at me. 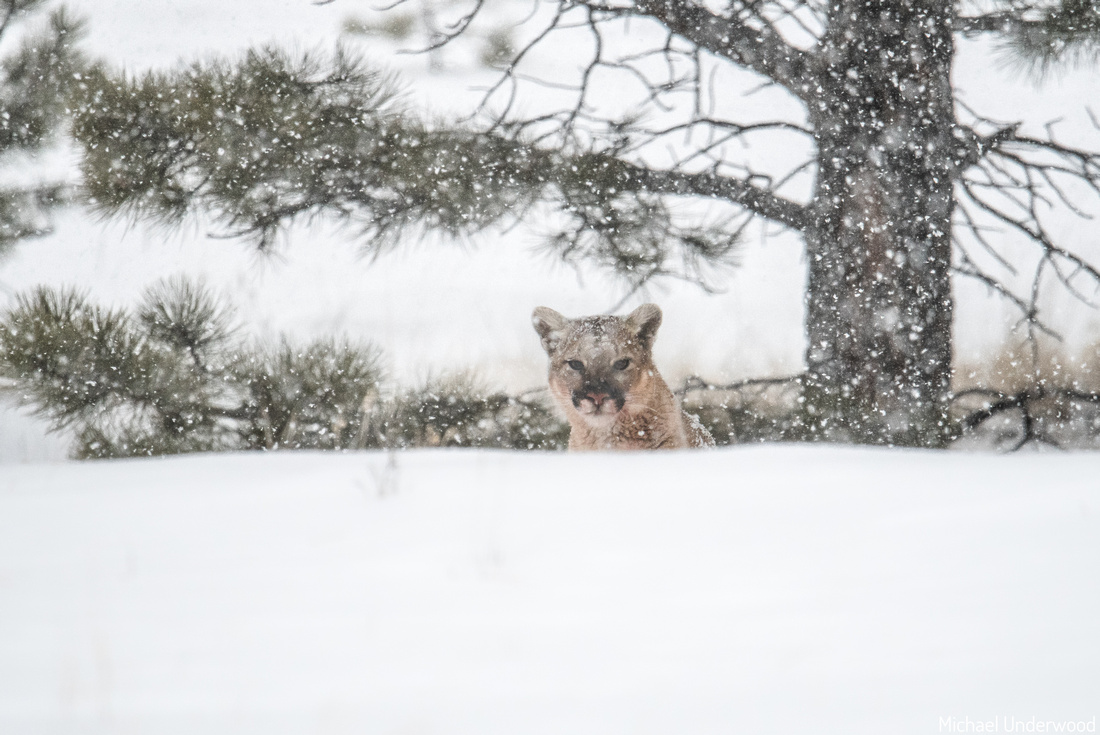 Mountain Lion in the Snow

I started shaking with adrenaline again (as evidenced by the video above) and taking photos. I feared I would scare it off again, but after a brief staring contest and full buffer on my Nikon D500 it carried on with its meal. 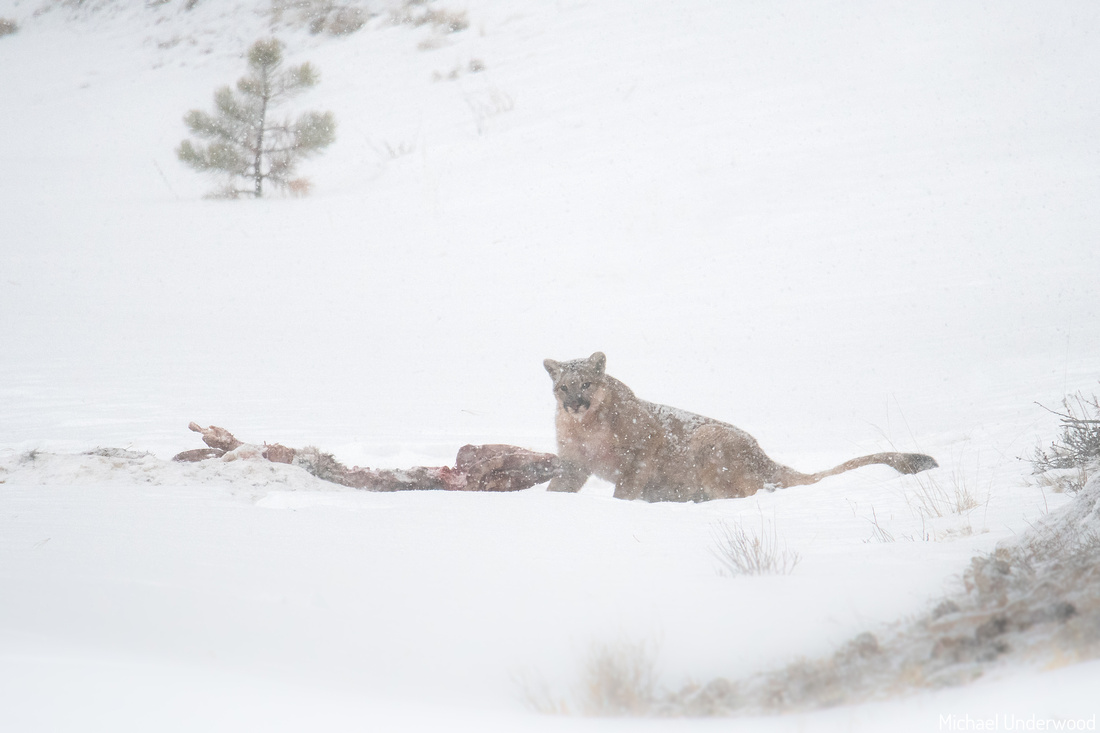 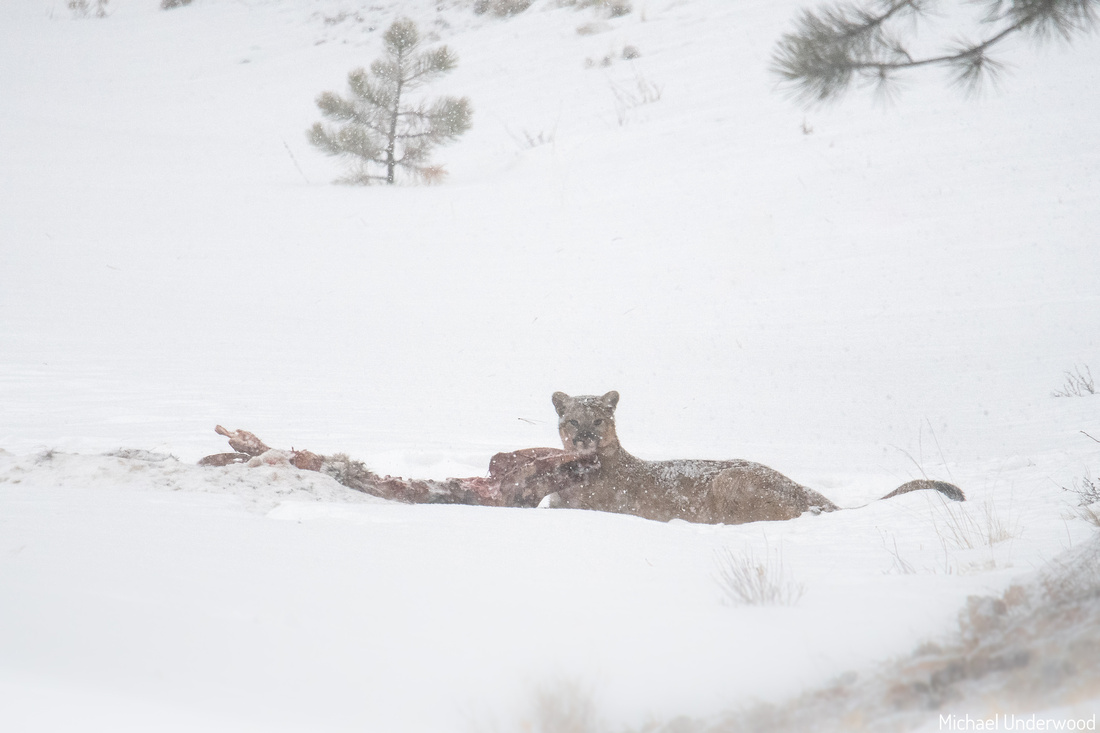 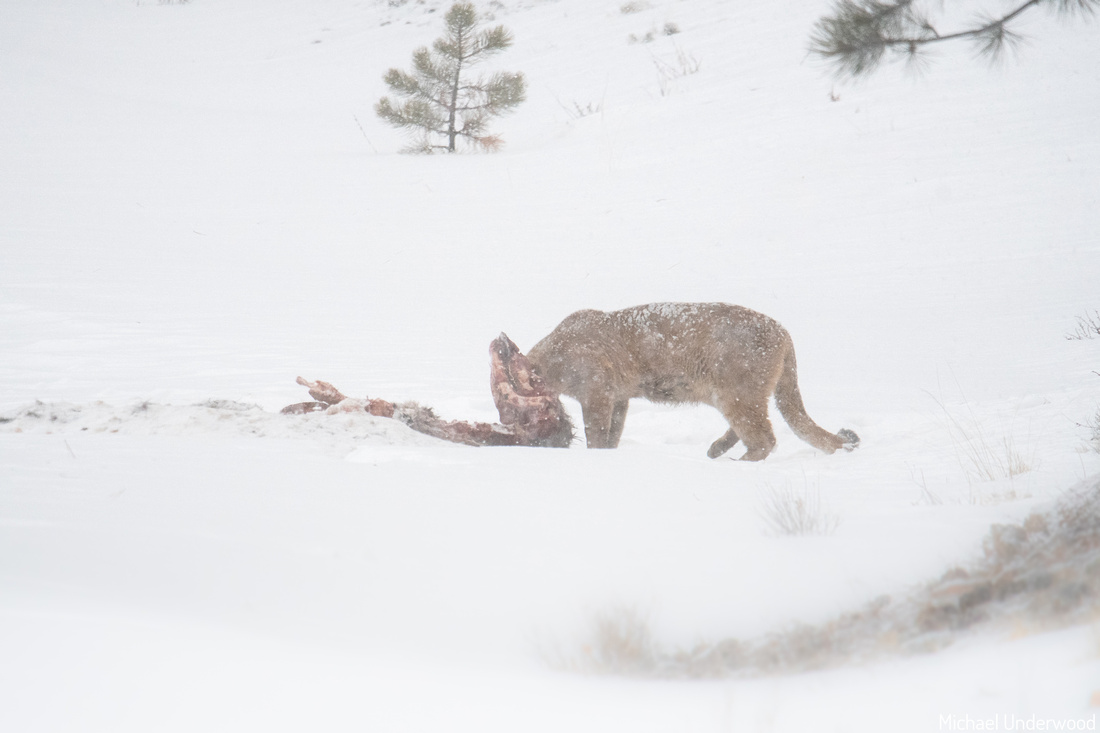 The snow was now coming down pretty good and the wind and magpies/crows/eagle had all gone leaving just the mountain lion and me in silence. This is definitely one of the most incredible scenes I’ve ever witnessed. Not only did I never think I’d get to experience something like this, I never even let myself imagine this perfect of a scenario. After about 15 minutes watching it somehow got spooked, and it was now obvious he was uncomfortable with my presence as he tried to drag the elk away. When that failed, he started back to go hide under the tree again. 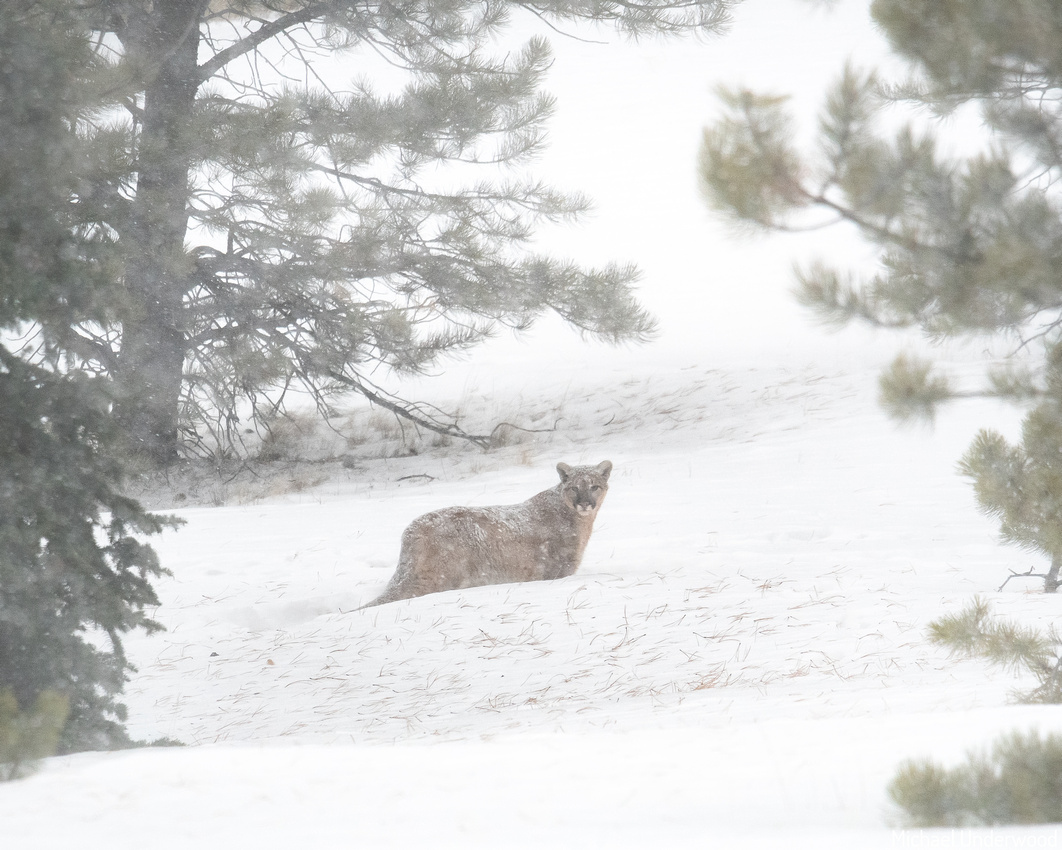 Mountain Lion walking through the snow 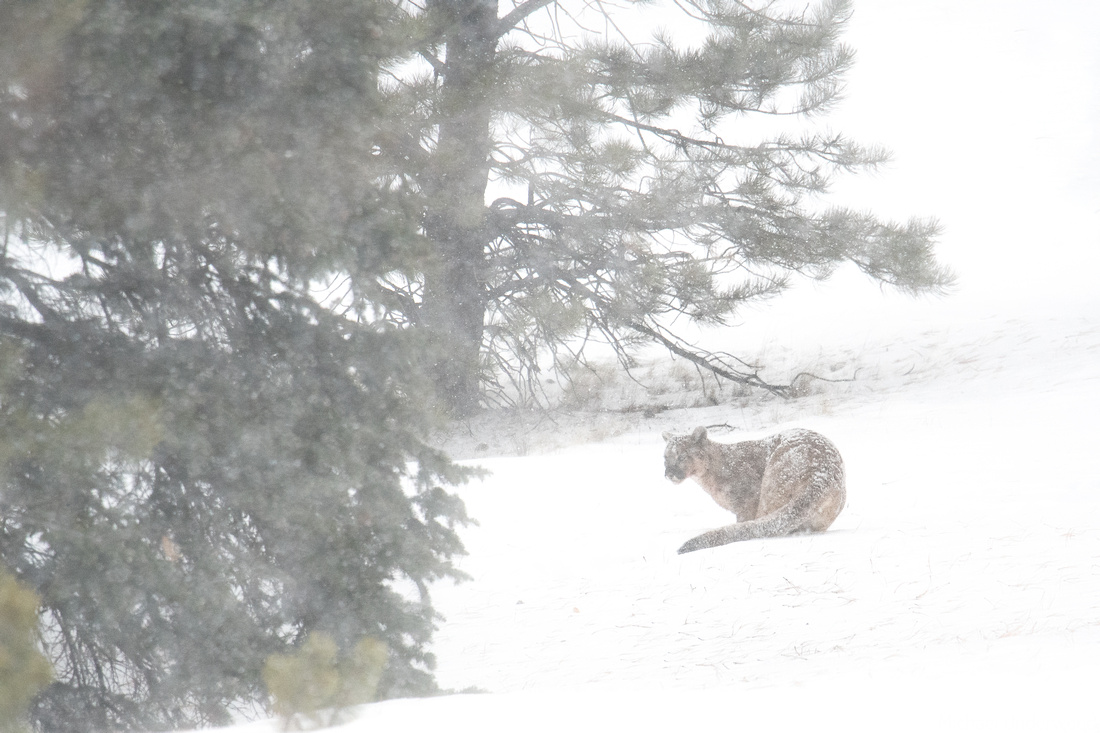 I knew those were my signs that it was time to go, as the first rule of wildlife photography is to never cause stress to the animal. I took a quick final few photos, and looking back as I drove off, I saw him head back to his meal in peace.

Thanks for reading and feel free to share with your friends!