My experiences on Donald Trump's Inauguration and the Women's March the day after. This isn't meant to be political. I went for neither side. I tried to be unbiased as possible in the captions but one thing I'll say is that there are more Anti-Trump signs and people below. This is because they had signs and I'm just not going to take photos of random people who just came out for the event. I tended to focus on the entire scene losing sight of the individuals that made them up. A detriment to my attempts, but first try at any sort of photography like this. 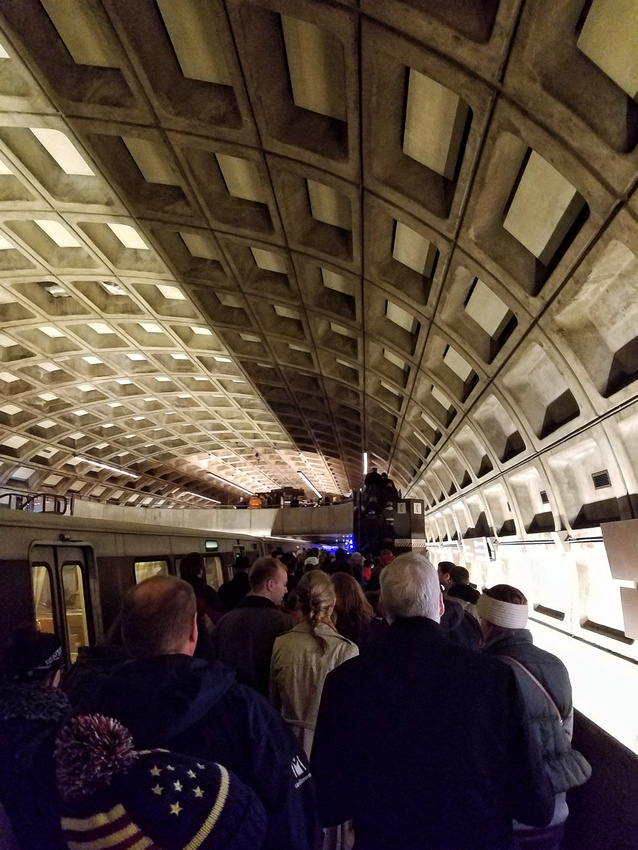 I came out of Judiciary Station and saw this group waving an Anti-fa flag around. Of course I followed. They got in several verbal skirmishes, to be fair not instigated by them. The woman standing next to the guy with the flag was allegedly punched in the mouth by a Trump supporter. I didn't see it but she did have a split lip. Things got pretty tense with the police there for a bit but they took statements and everyone moved on, peacefully and free. 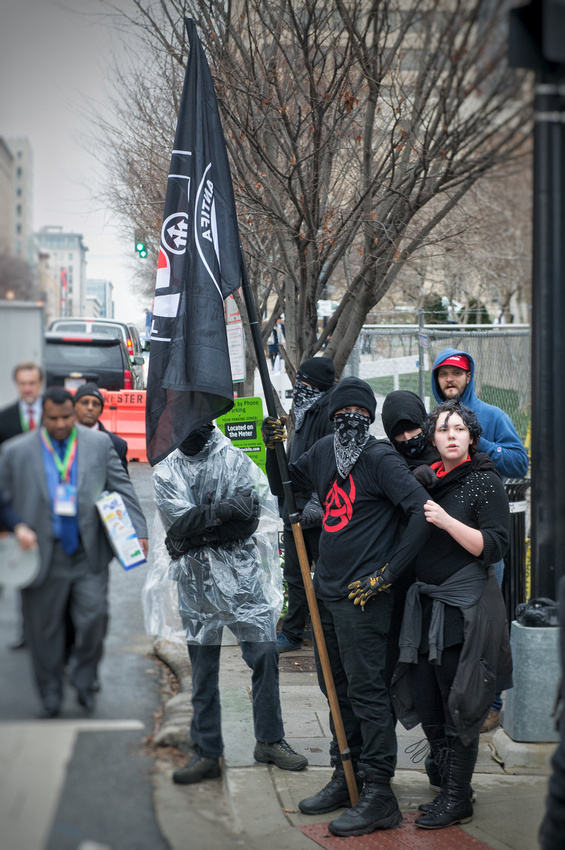 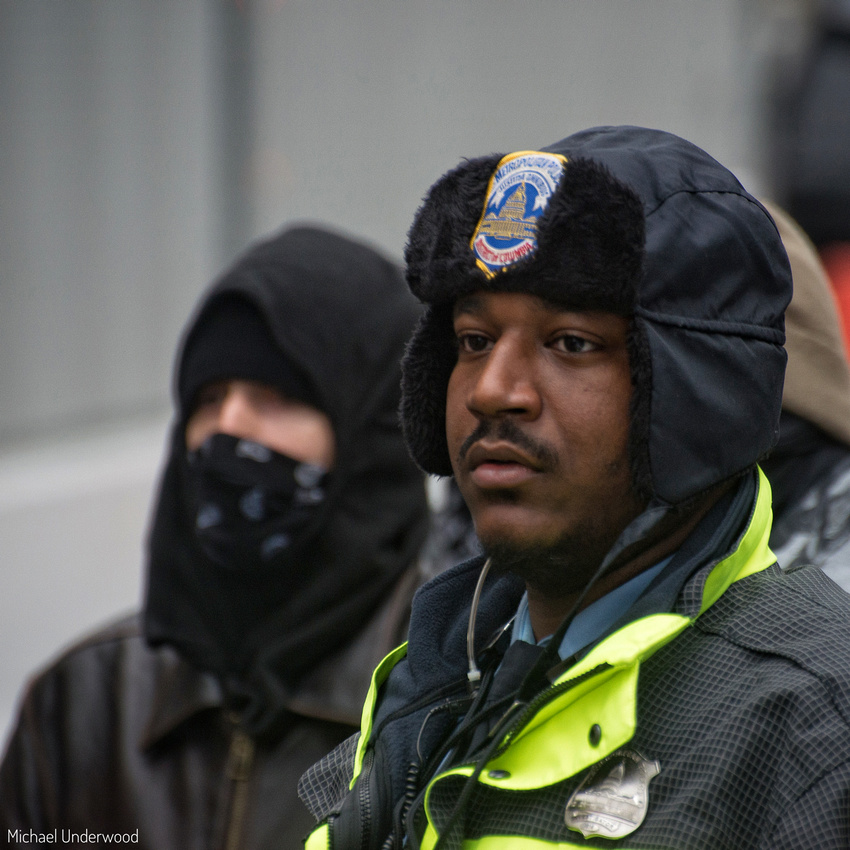 This man was desperate to convince a woman she was a coward for wearing a bandanna, as police don't need to hide their identities. I don't think his point was made to her. 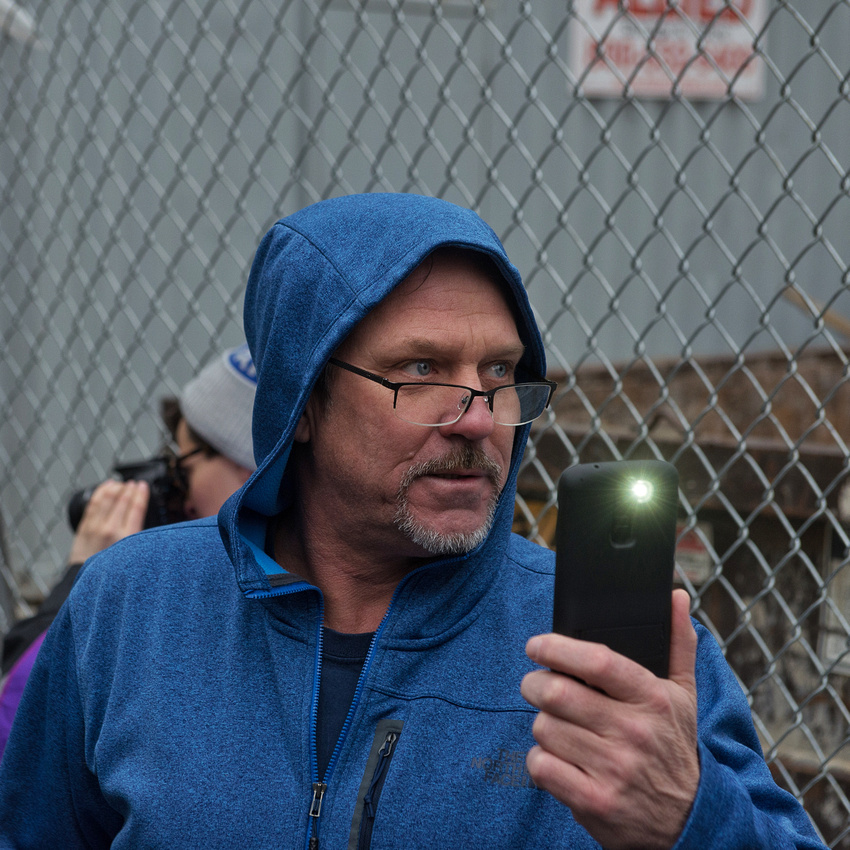 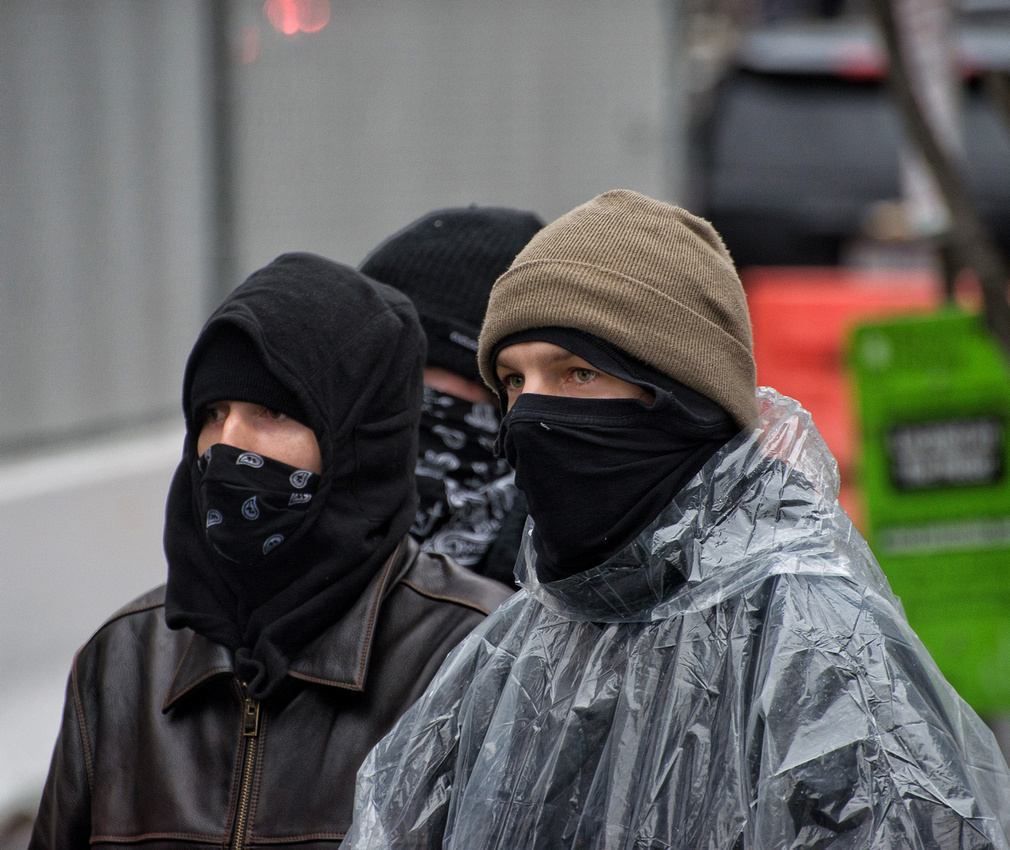 Mostly Trump supporters line up for an unticketed gate. A police said this was one of the least congested. 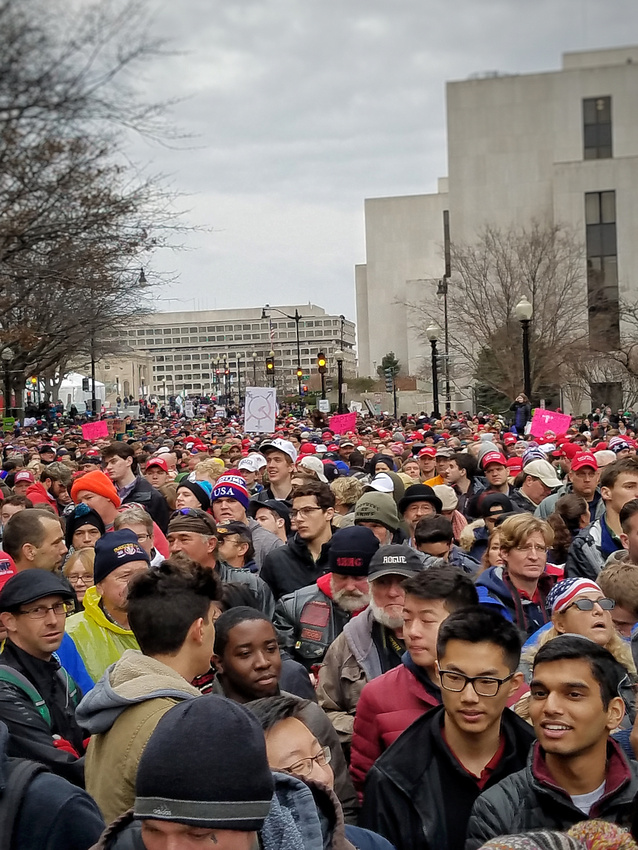 A woman looks down on the security checkpoint to get into the mall. 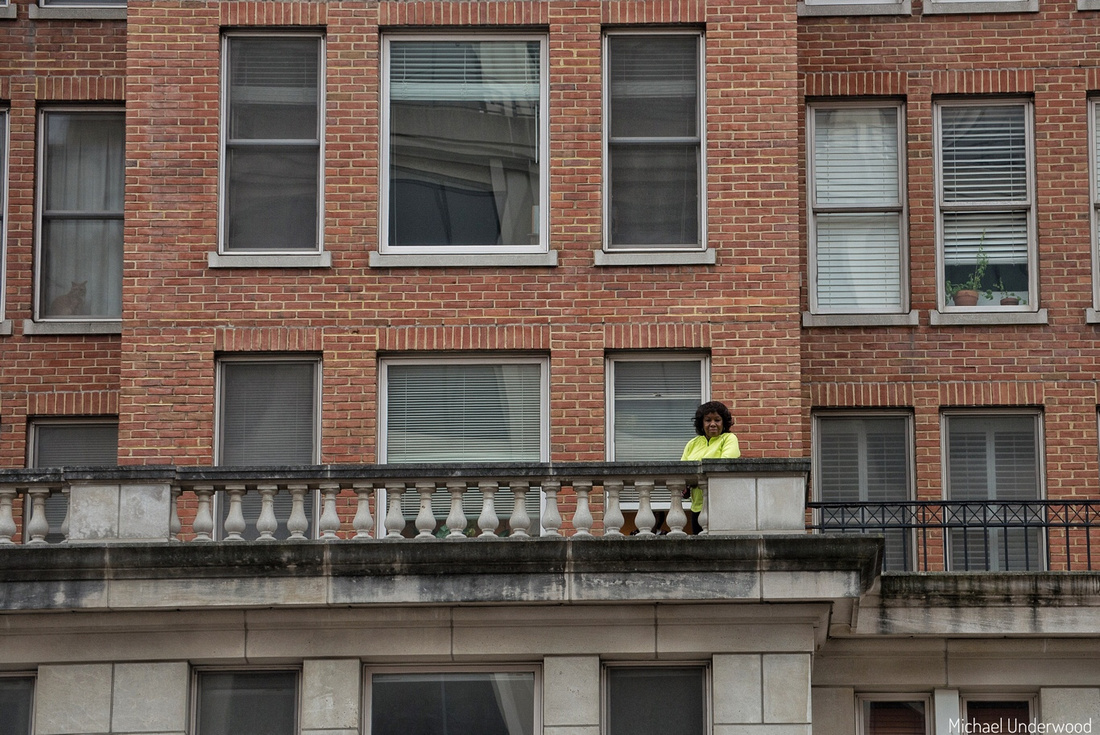 Bring back real journalism.......and weed scribbled on the back. 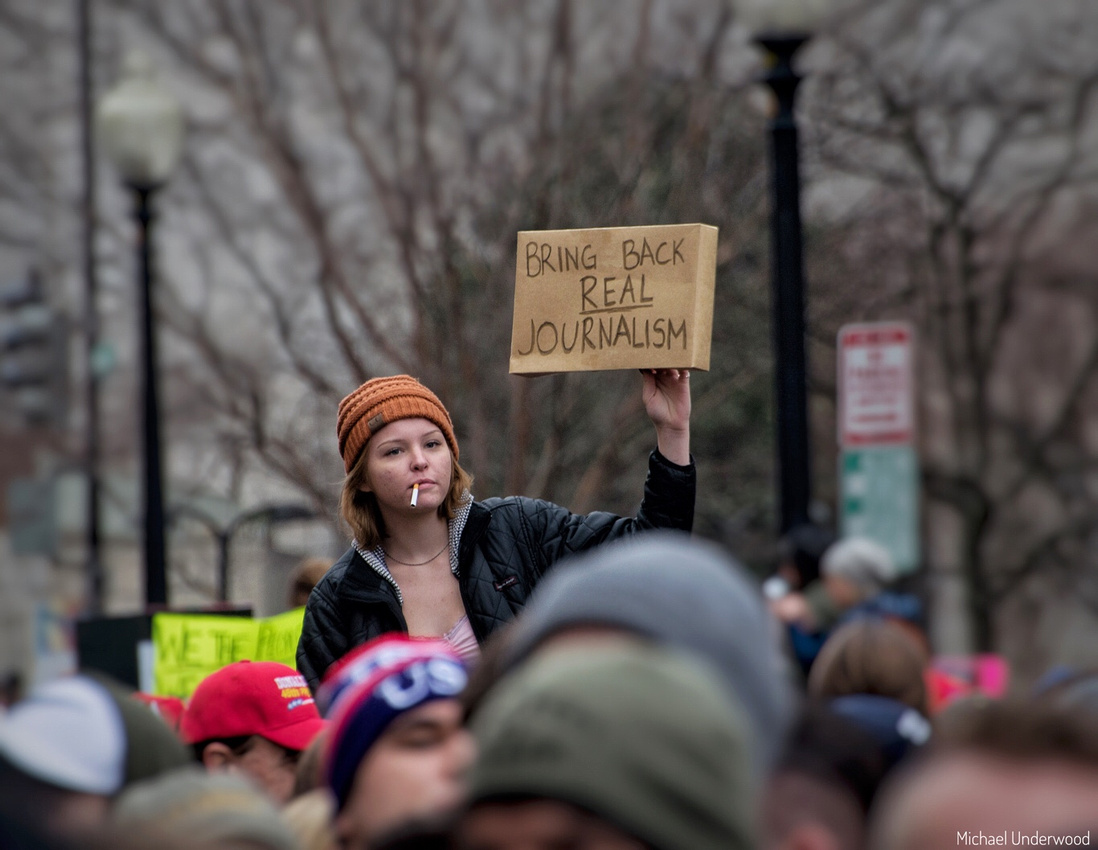 Hello there Mr. Secret Service man. You had a nice view of me in my checkpoint. 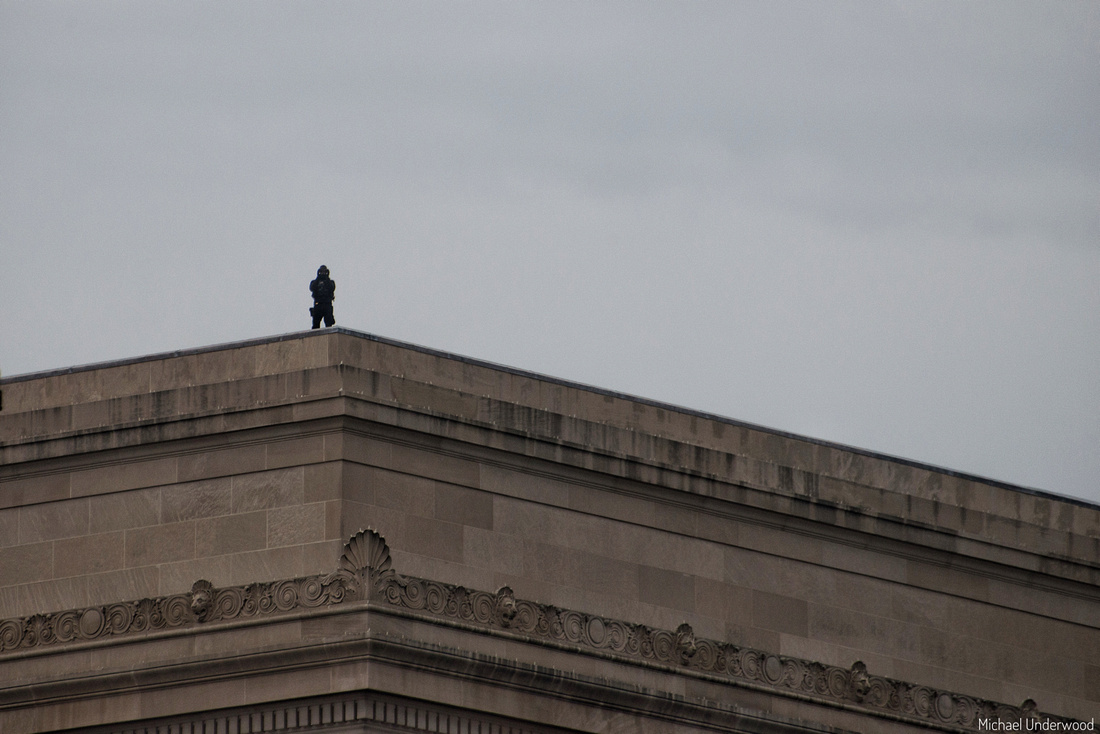 Young girl waits in line for a checkpoint to get into the National Mall. 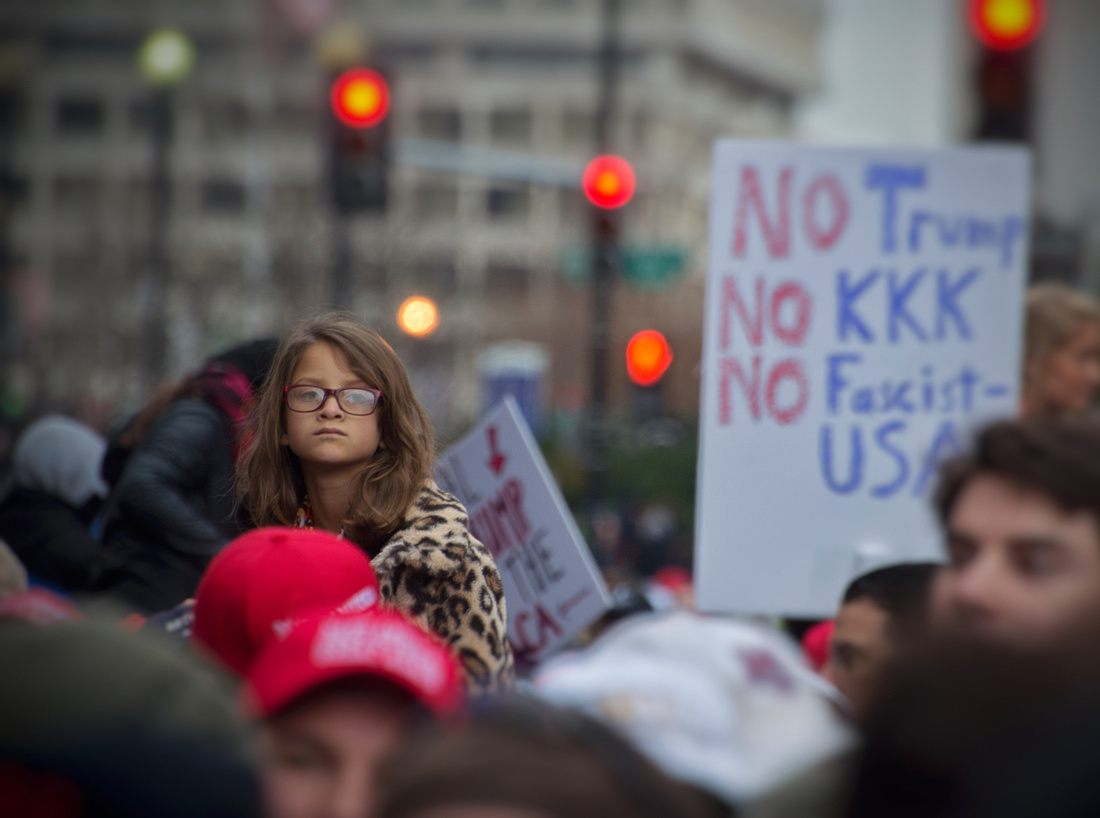 Not bothered at all. Anti Trump demonstrators march past mostly Trump supporters in a checkpoint. Chants of "USA", "Build the wall", "Trump" and many more individual efforts at crude wit and response baiting bravado made the atmosphere turn contentious quickly. Police kept the groups apart well. 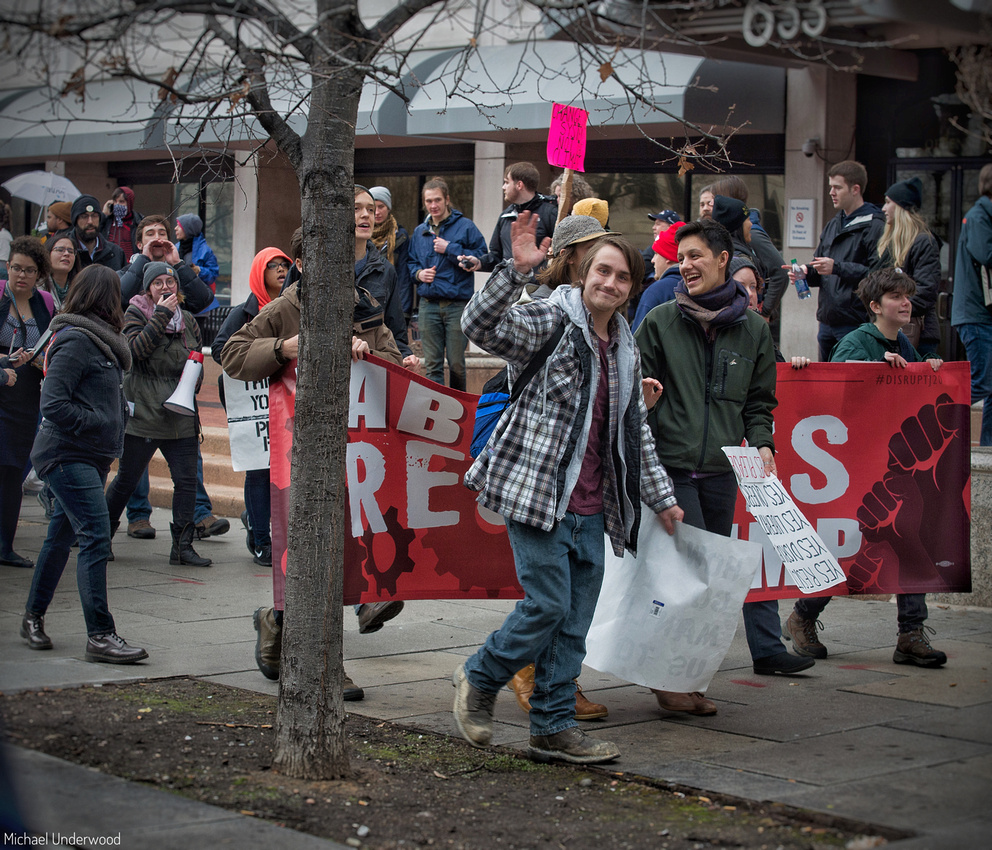 This guy chose a "to the point" protest sign. 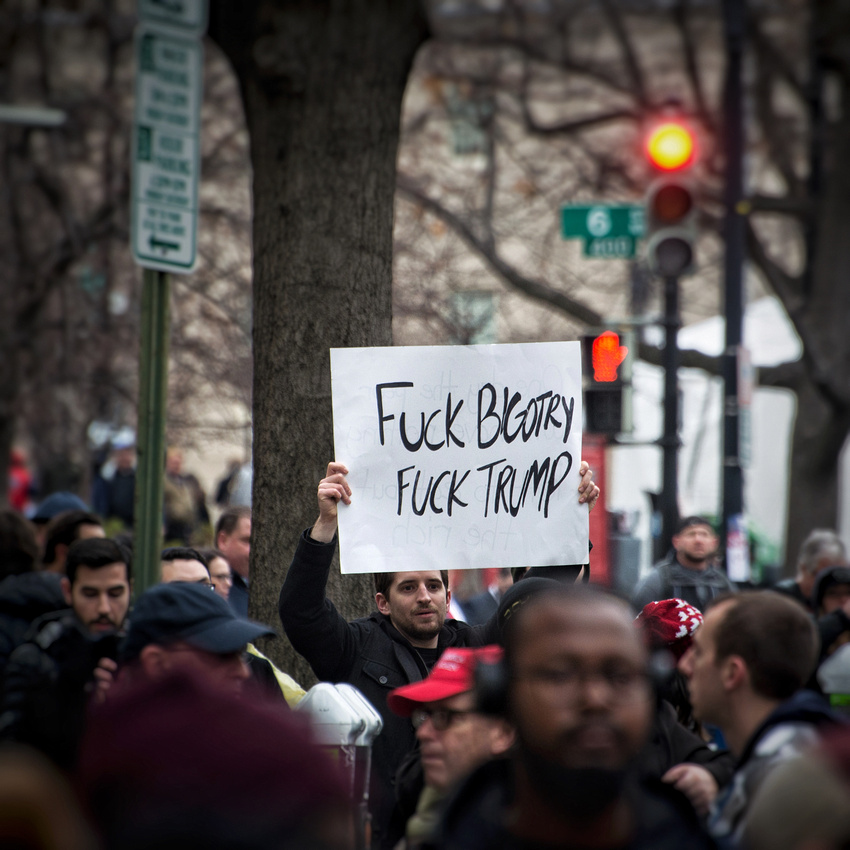 Pennsylvania Ave. with an army of cops lining the route to the White House. I got yelled at for taking this, that reminded me why I enjoy landscape photography. 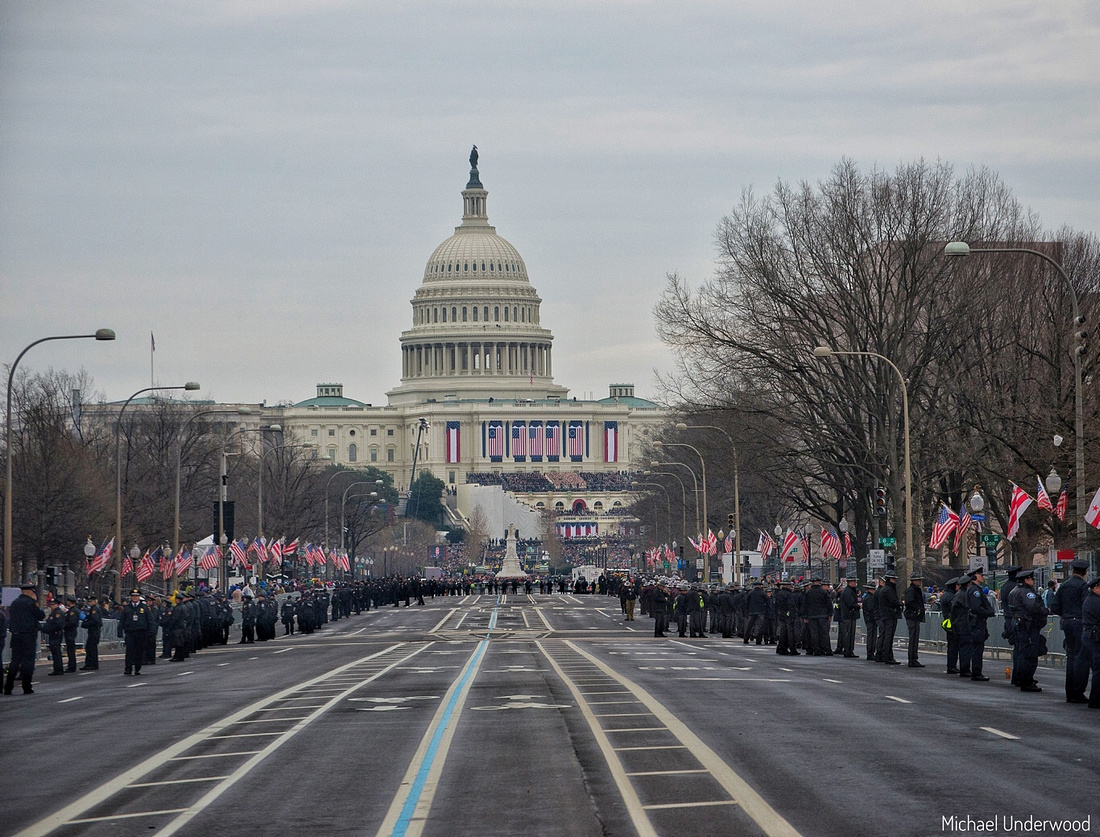 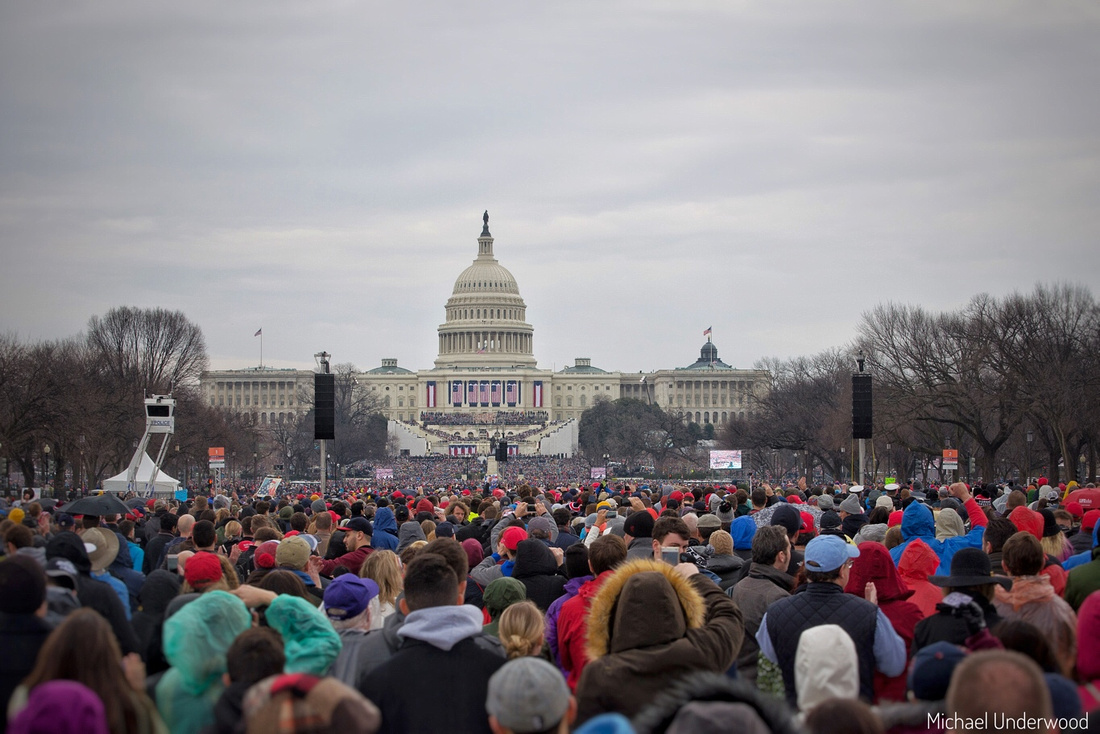 Barack Obama passing the Washington Monument on the way out of Washington DC on Marine One, but i guess it was no longer Marine One since he was a former President? 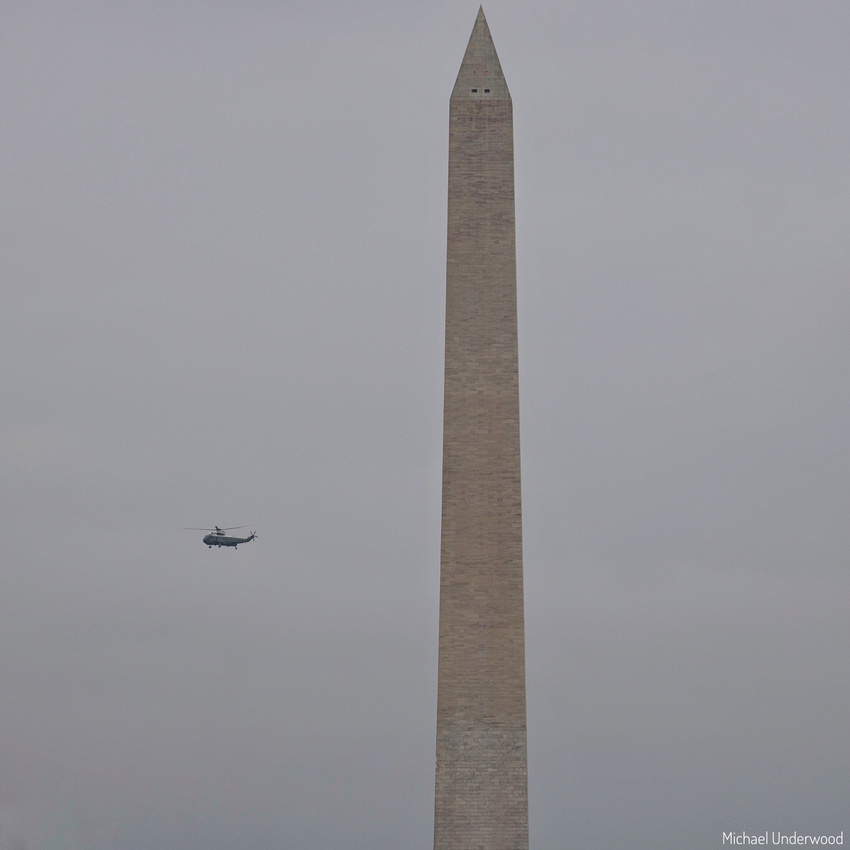 After the Inauguration had concluded I caught this guy starring down the Mall towards the Capitol building with his scribbled prayer of "God help us" on his vest. 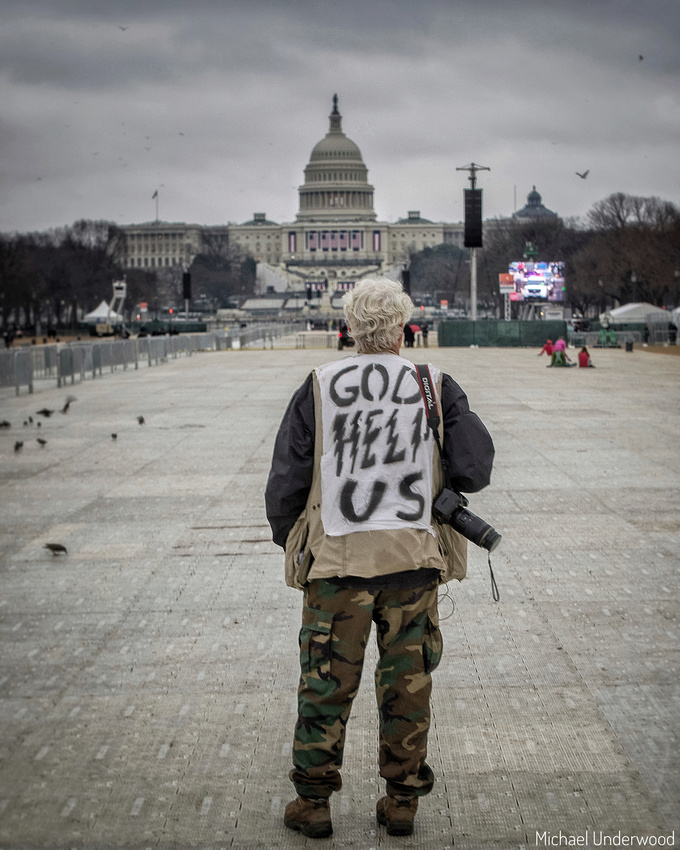 An empty National Mall, as twilight starts to arrive. 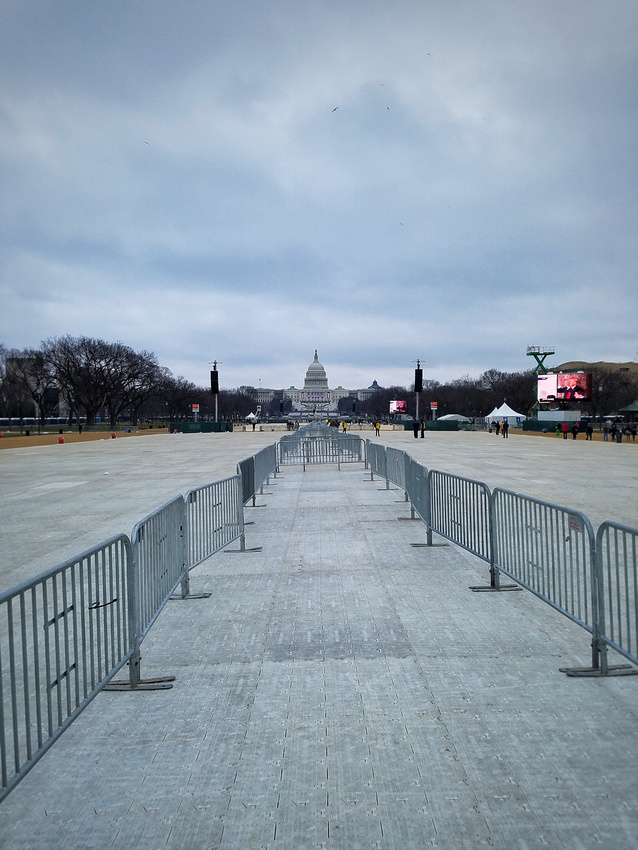 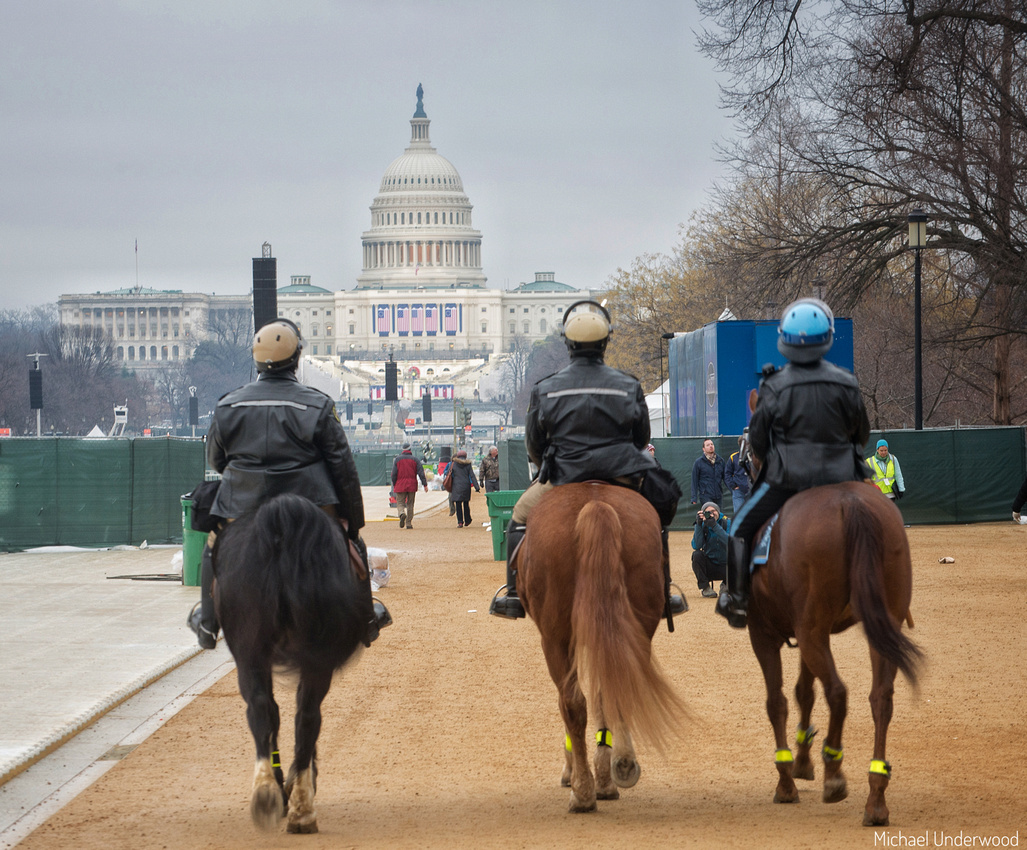 Dusk descends on Inauguration Day, and your weary photographer starts to fear falling asleep on the Metro missing his stop like a common tourist. 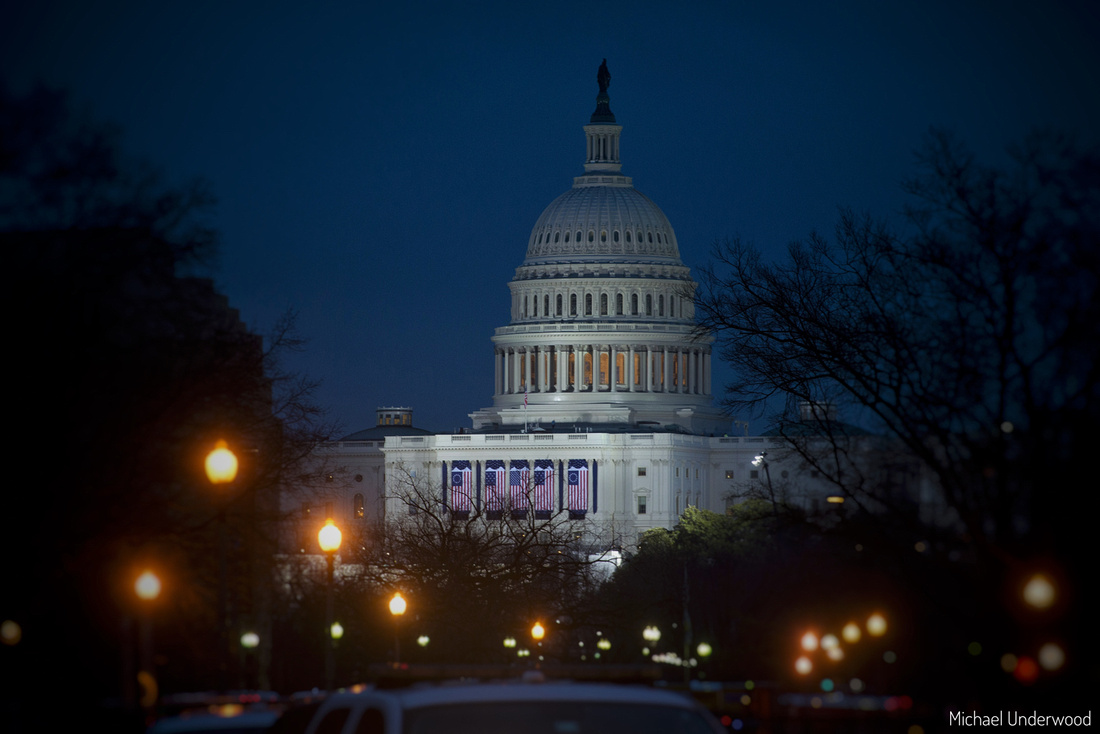 The Women's March, the day after.

I had planned to skip the Women's March rally and do tourist stuff, and then maybe catch some of the March, I was a bit ambivalent towards another day walking around a city. I had heard on the radio that the March was canceled because of high turnout so I decided to make my way over. As I arrived the streets were packed with people walking away towards the Capitol. I thought I had missed it! I walked down toward 3rd street and was stunned when I could see out over it all, unbeknownst to me they decided to march down Pennsylvania Avenue. I've never been around or seen that many people.

All photos below are from the march down Pennsylvania Avenue, 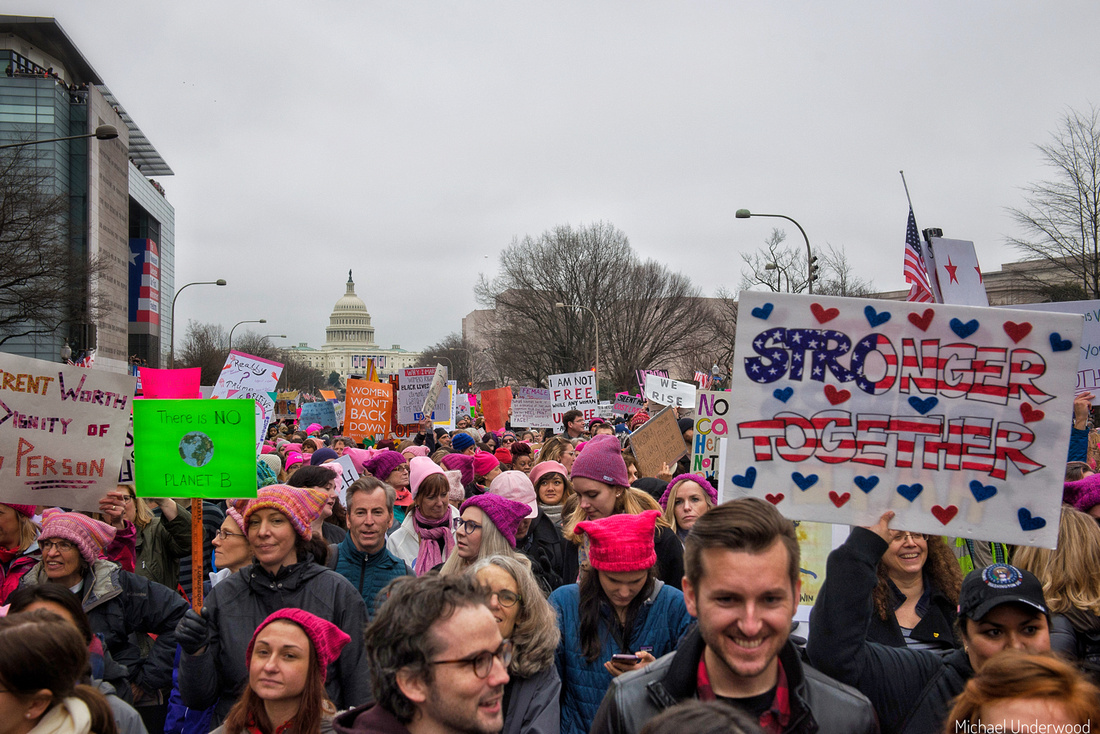 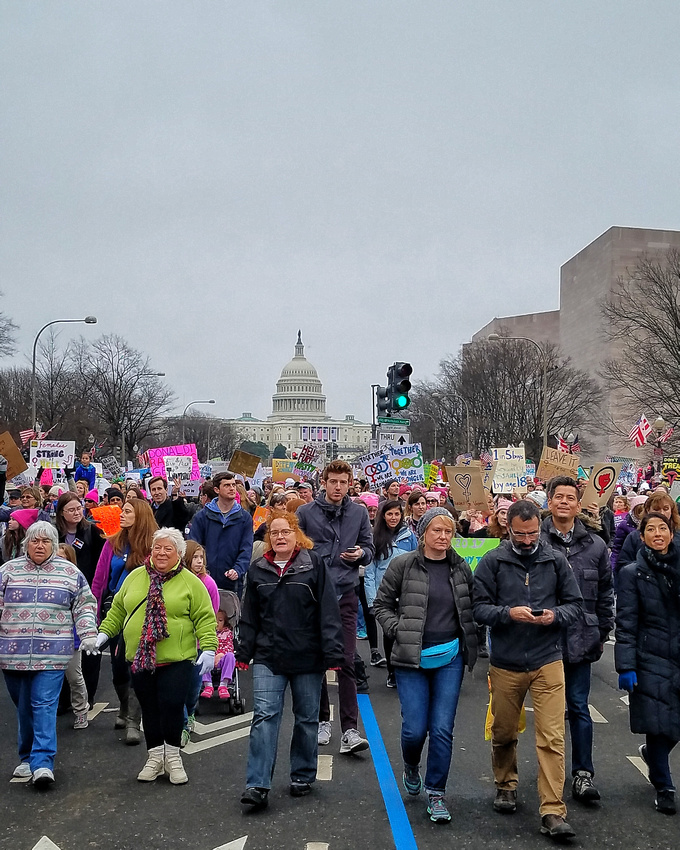 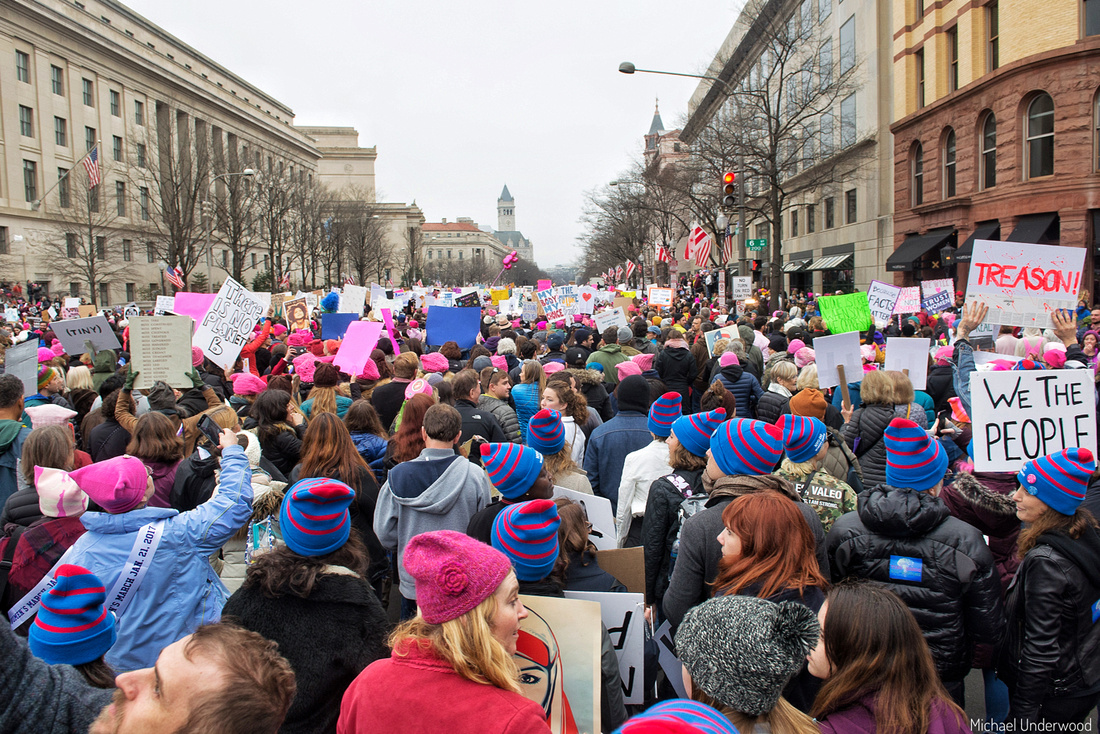 Casper, a biker for Trump. Really nice guy, said "hi" and thanked me for a peaceful protest and agreed that's what we both wanted. Then I sang along to "Free Bird" playing over the speakers. I felt bad for these guys because they had a permit for this spot well away from the other end of the political spectrum, but the route change put them a mere hundred feet from the March.  An offshoot March from the main March. The entire city was filled with an electric energy. People filled the streets, signs, chants everywhere it was inescapable. 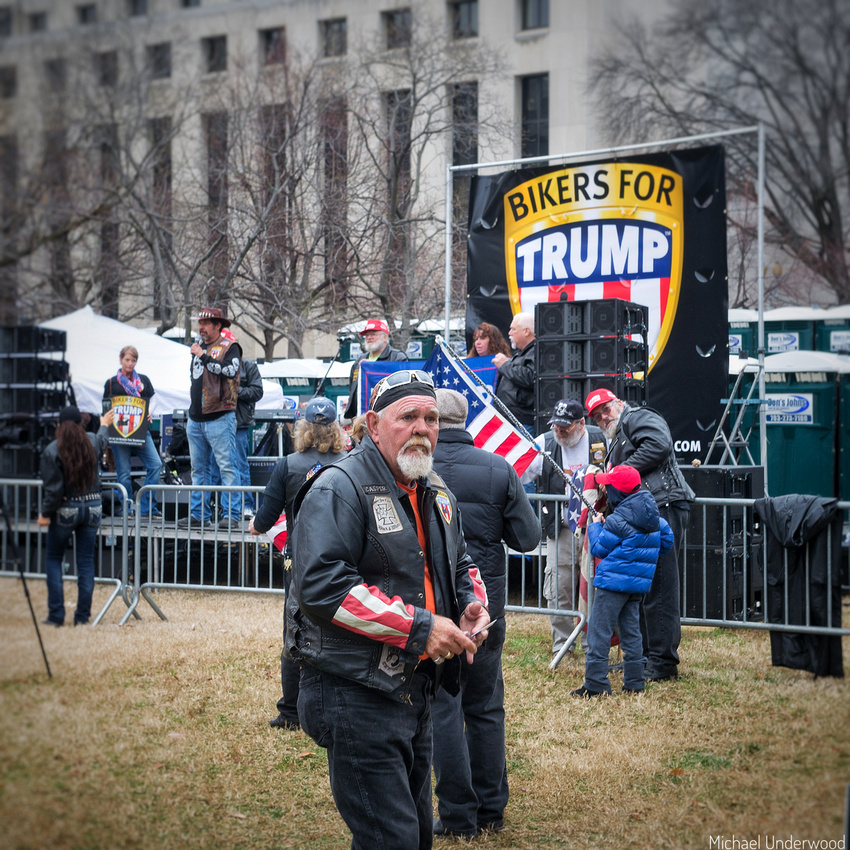 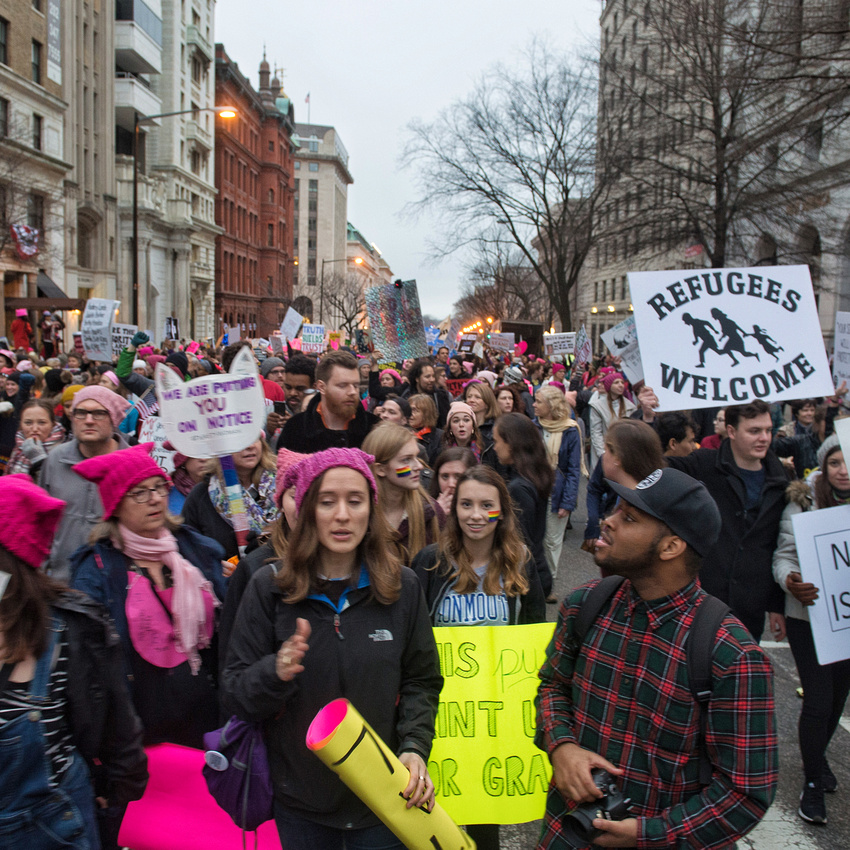 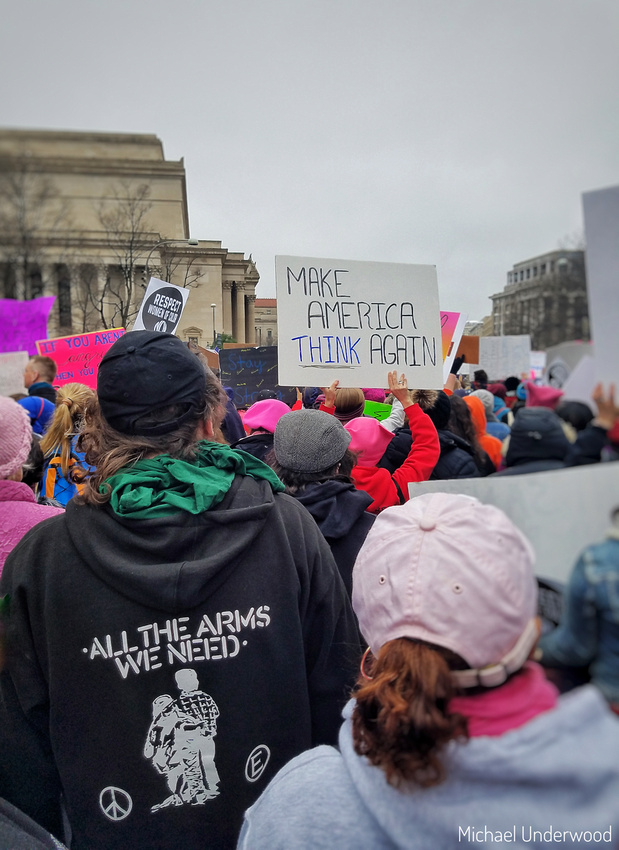 London Call Gir(non-registered)
I starting late kept running no miss the mark on your blog and have been looking. I figured I would leave my first comment. I haven't the faintest thought what to state near that I have gotten a kick out of the experience of beating. Standard blog. I will keep visiting this blog anxiously.
Toronto paralegals(non-registered)
To spend happy life fitness is important for every person. Ups and downs are part of our life we must face and move on. We need to find solutions of our problems to spend happy life. We need to improve our
write me an assignment(non-registered)
Keep visit this anchorservices blog mostly sharing about streamed veggies with real butter,the outstanding company great knock always
write my essay for me(non-registered)
i needed this for a research i need to complete for the writing service and it seems like i came to the right place. meanwhile
my essay for cheap(non-registered)
Amazingly informative and helpful post. everything is good enough and website is very well designed. I am very glad that I have come across to your blog because you have shared a one of a kind blog which has all the things in a very pleasant manner.Basically I'm a writer I would like to share my website here And sometimes i wait for your post to get more this type of blogs.The information you shared here is unique and informative which is very rear to see nowadays. I would have missed the useful information if I didn't find your site. So keep on sharing hope to see more from you.
No comments posted.
Loading...